Roi and the Secret People

Renowned for their exhilarating live shows, award winning rock band Roi and the Secret People (RSP) features songwriter Mike Roi on lead vocals and guitar, Ed Golden on guitar, Glen Radomski on bass, Madelaine Elizabeth on vocals, violin and keys, and Pete Ciccone on drums. Roi, who hails from South Florida, has toured all across the country, lived and rocked in the cities of Philadelphia and New York, and finally put his roots down in Easton, PA where he set out to assemble a group of talented, experienced, and like-minded musicians to create the version of rock-n-roll he was raised with, a mix of sultry swamp, classic rock, and alternative music. RSP has done numerous festival shows such as Musikfest, Libertyfest, Baconfest, Make Music NYC, Heritage Day, 5 Acrefest as well as many others. Their music has been described as somewhere between the Black Crowes and David Bowie.

RSP's first album, Dog St., includes a variety of tunes from the stunning, haunting song, “Firefly,” to the balls-to-the- wall sound of the title track “Dog St.” Their 2nd album, Phoenix, blends Roi’s pop sensibilities with an alternative rock twist mired in sounds from the likes of Nick Lowe to Tom Petty.

RSP released their first limited edition vinyl with Truck Stop Sushi which came out in April 2017. In Feb 2019 the band released their follow up record with "RSP- LIVE at the 5Acre Fest".

In July of 2022 RSP's first single GOLDEN was released.

Roi has been known to say that all he needs is a good bottle of bourbon, a good cigar, and a guitar to create the kind of true-blue, sexy, and salt-of-the earth music that has captivated audiences in up and down the Eastern seaboard. Eclectic, diverse, and thoroughly original, RSP is a band that combines a classic rock vibe with a lyrical, wholly unique sound. 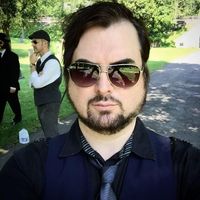 Black Book Magazine called Mike Roi one of the 8 greatest up and coming artists “who create vibrant, unconventional music in spite of living outside the center of the cool New York.” With his bands Brother Grimm, ROI, and Roi and the Secret People, he has garnered rave reviews in such publications as Good Times, Spin, Rock N Roll Experience, and Target Audience Magazine as well as received radio play time on college and internet radio across the country. With his magnetic stage presence, powerful voice, and deft lyrics, he has proven there is no genre he cannot master - from Southern and hard rock, to Indie and folk. Roi has been singing in bands since the age of 16 and has been pursuing his passion for the kind of soulful music he grew up with ever since. He has played up and down the East Coast as well as in Europe and has opened for such renowned acts as The Black Crowes, Midnight Oil, and Marilyn Manson. 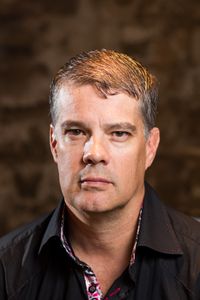 Glen studied with Dave LaRue of Dixie Dregs / Steve Morse Band in the early '90s and played the East Coast in a few funk/fusion instrumental bands.Just some of Glen's music accomplishment include playing for and recording multiple CD's with Scott Bradoka and going on tour in Germany with Dickey Betts to Robert Cray and The Hooters in 2008. The riffs on Glen's bass guitar could first be heard with RSP in 2013. 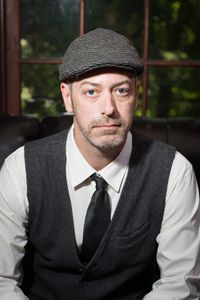 Ed's musical background includes touring with groups like Ruff House and the theatrical band Rasputin in the late 80's and more recently the eclectic jamband, The Skulldiggers.
As a solo artist, his original compositions and performances can be heard in several documentaries and various media. Ed was Martin Guitar's Custom Shop Manager and Lead guitar Designer as well as a Martin Clinician and Artist before opening his own shop in 2013